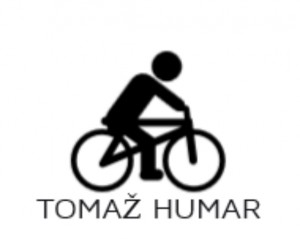 I woke up at 8 am, after I was literally passed out in my bed for 12 hours. I was feeling like an empty bag, and sick at the same time. The weather was still shitty, really good start of the day. Just getting dressed and ready was mentally hard, leave the cycling out. When I started I felt bad, really bad. After the first few kilometers I thought I would throw up again. It was just depressing. I really didn’t feel that bad until today. I put my head on the handlebar, and kept pedaling. I wasn’t looking in front of me, but down, just following the line on the roadside. Managed to do 50 kilometers this way, but I was losing it. For the first time ever I was sure that any minute now I will collapse, and this thing will be over. Then all of a sudden a car that I know drove by me, and stopped. The window opened and someone started waving with a big Slovenian flag. It was my mom! At that moment I felt a hot wave full of energy going through my body! I said to myself: “Shit, I can’t break now, I wont break now!” Mom and her husband drove a 1000 kilometers, to come after me,

I fu$king needed this! At the end of the day I did 60 more kilometers than planned, due to this unexpected visit. Really gave me a proper boost, also it meant a lot. Now I’m at the hotel, still having stomach problems and throwing up, but mentally I am a lot better! Still a 1000 kilometers to go, but now they seem a bit less threatening.